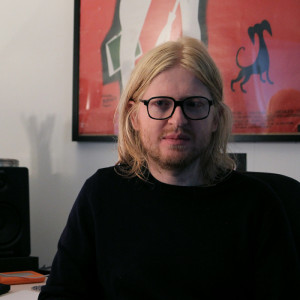 Juan Soto studied the three years MA of Documentary Filmmaking at the EICTV in Cuba, he has focused his practice in the film editing and the archives. His more relevant credits as a film editor are THE DRAGON DEFENSE (Natalia Santa, 2017), premiered at the Cannes Film Festival's Directors' Fortnight; IN THE STUDIO (Ana Salas, 2016), Best Feature Film at the Colombian Film Panorama in Paris; and EL FATHER PLAYS HIMSELF (Mo Scarpelli, 2020). In 2018 took part on the FIAF Film Restoration Summer School at L'Immagine Ritrovata in Bologna and was Resident artist in 2019-2020 at the Conservation Centre in the Catalonian Cinematheque. His films have been shown in festivals, universities, galleries, and museums in Latin America and Europe, where he is currently based.